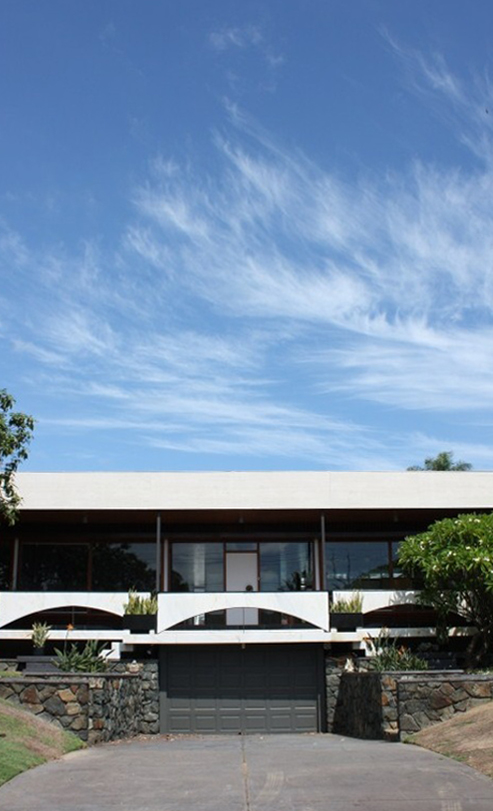 We watched the Restoration Australia on the ABC where the host Stuart Harrison, architect and historian, follows homeowners across the country as they restore forgotten heritage gems into living homes. The house featured recently was a house in Perth called Paganin House.

The Paganin House is an iconic example of mid-century modern architecture in Australia designed by Bulgarian -born architect Iwan Iwanoff and work completed in 1965. The Paganin family sold timber and marble, which encouraged extensive use of both materials throughout the house by Iwan Iwanoff, including a notable marble front verandah. The four-bedroom home has an open, practical layout, and according to the president of the Western Australian chapter of the Australian Institute of Architects, Phil Griffiths, is “very expressionistic, very creative, and quite brilliant”.

While the owner of the house were overseas in 21 December 2015, police officers conducting a traffic stop outside noticed the house was on fire. It took two hours for the Department of Fire and Emergency Services to contain the blaze. Although the house was burnt down to ashes, it was recently restored to its original state based on Iwanoff’s original handwritten blueprints for the home that were being kept in storage at Western Australia’s State Library.

You can read more about the restoration of Paganin’s house here.
Image from House Nerd.