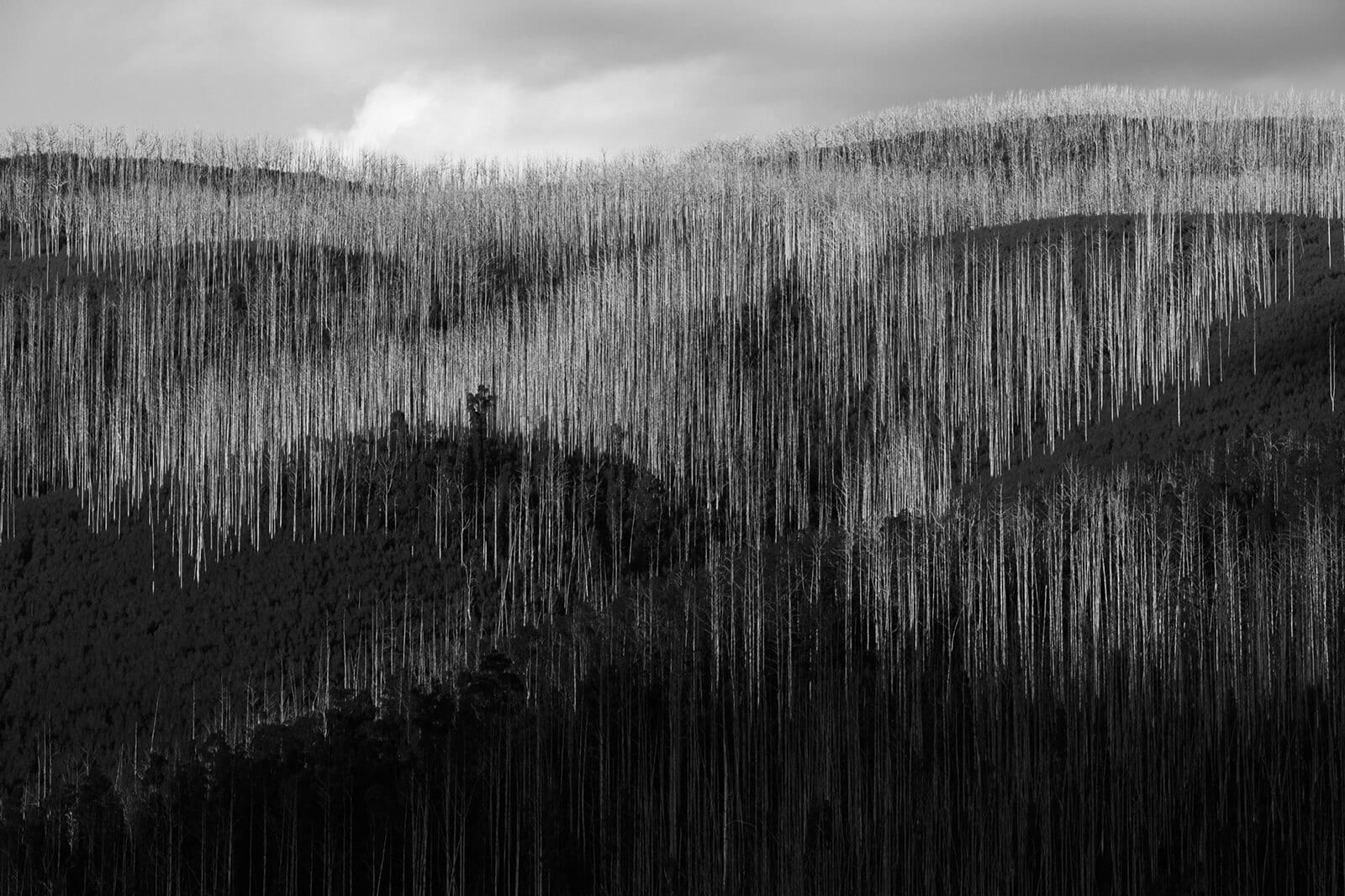 “A photograph of an environmentally denuded world – what must be thousands of skeletal dead trees from an Australian wildfire – that is like an almost abstract but intricate engraving or pencil drawing. It’s almost hard to tell if one is looking at a negative or positive image. An image of death yet also eerily beautiful. To me, this encapsulates the current face of the earth in the 21st century, in the midst of environmental crisis.” – Nick Brandt

Evan Hancock won THE FACE OF THE EARTH theme from Life Framer with a landscape image quite unlike any other they’ve seen – vast swathes of barren vegetation, captured in black and white in such a way that it appeared inverted. It was a striking shot that Life Framer’s judge Nick Brandt described as a “eerily beautiful” in its depiction of death and environmental destruction. Keen to know more about the image and its wider story, Life Framer conducted an interview with photographer Evan Hancock.

Read about the full interview here.